The second set of mu Russian collection is inspired by Gzhel porcelain. 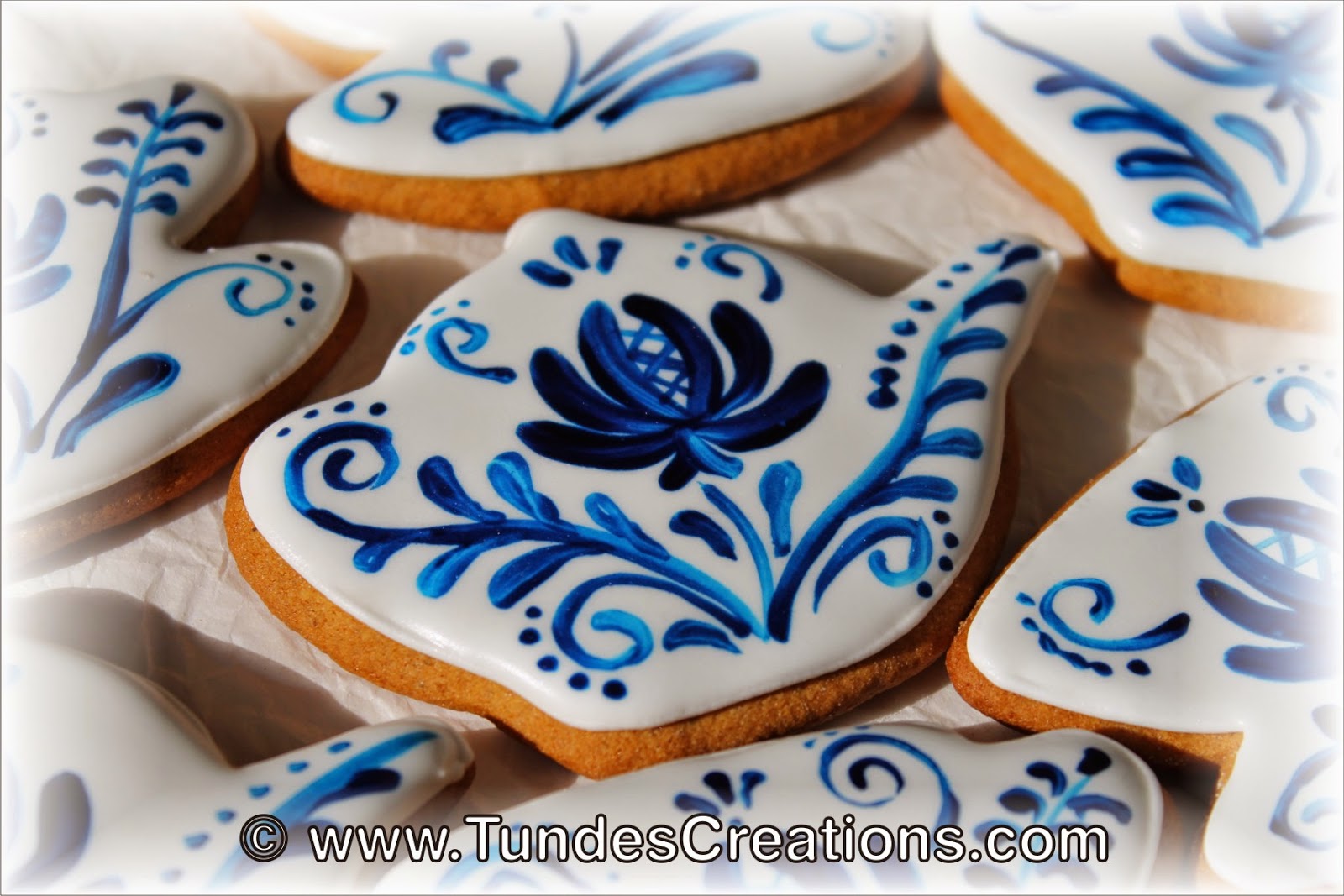 Gzhel is a Russian style of ceramics which takes its name from the village of Gzhel and surrounding area, where it has been produced since 1802. About thirty villages located southeast of Moscow produce pottery and ship it throughout Russia. The name Gzhel became associated with pottery in the 14th century. Gzhel pottery was originally created by potters in their homes, however fairly early on these potters started to organize into workshops to increase production. The workshops eventually became a factory with pieces being formed in moulds and potters being responsible for separate pieces, a specific style, or decoration. The earliest pieces were created of earthenware. The pottery was painted solid white with distinctive blue designs.

As the cookies were made for a tea party, and the inspiration was a porcelain painting, the tea pot and tea cup cookie shape was a natural choice for this set. 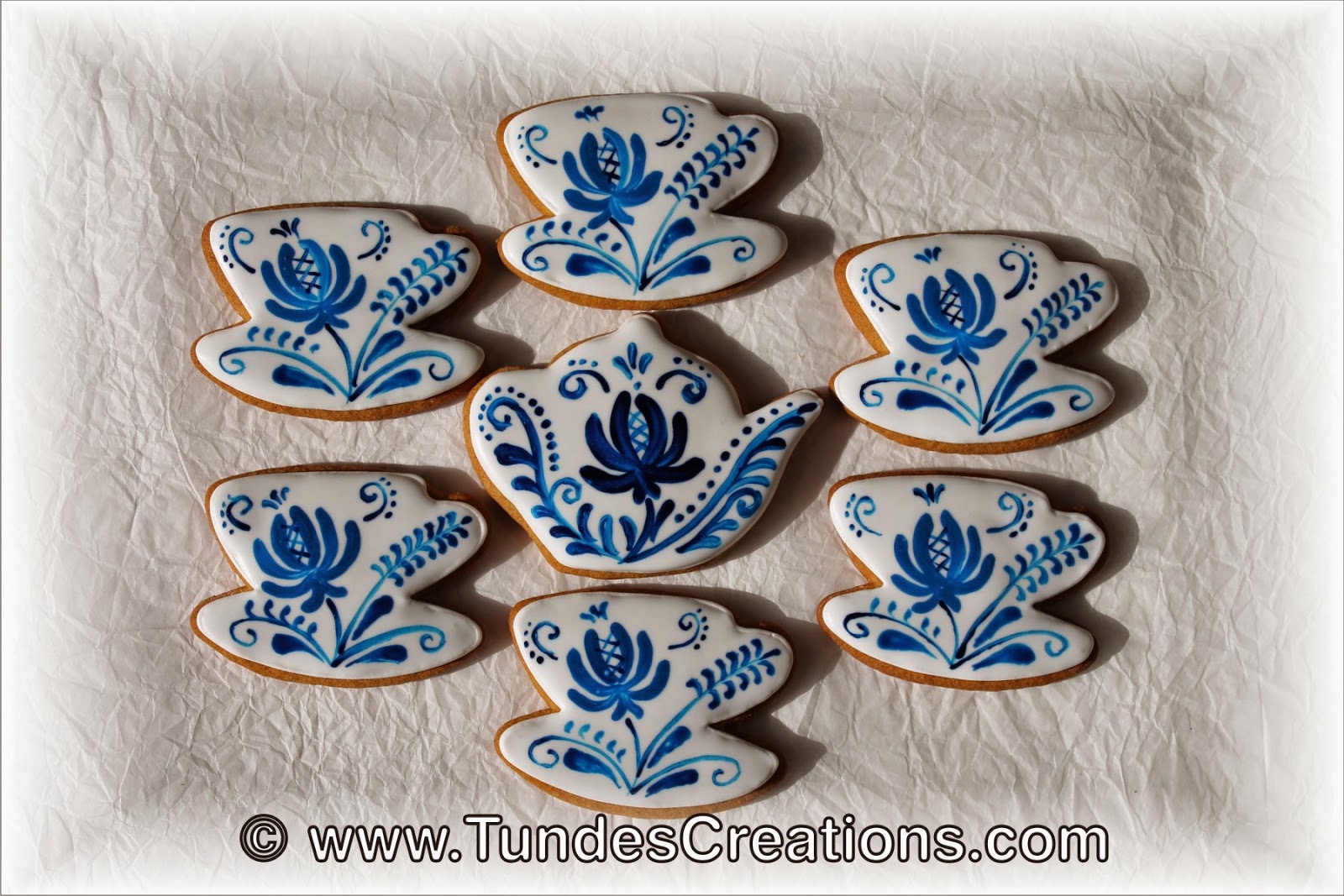 The cookies first got a white base color, then for the first time in my life, I painted the pattern on the cookies using a paint brush (and food coloring of course). 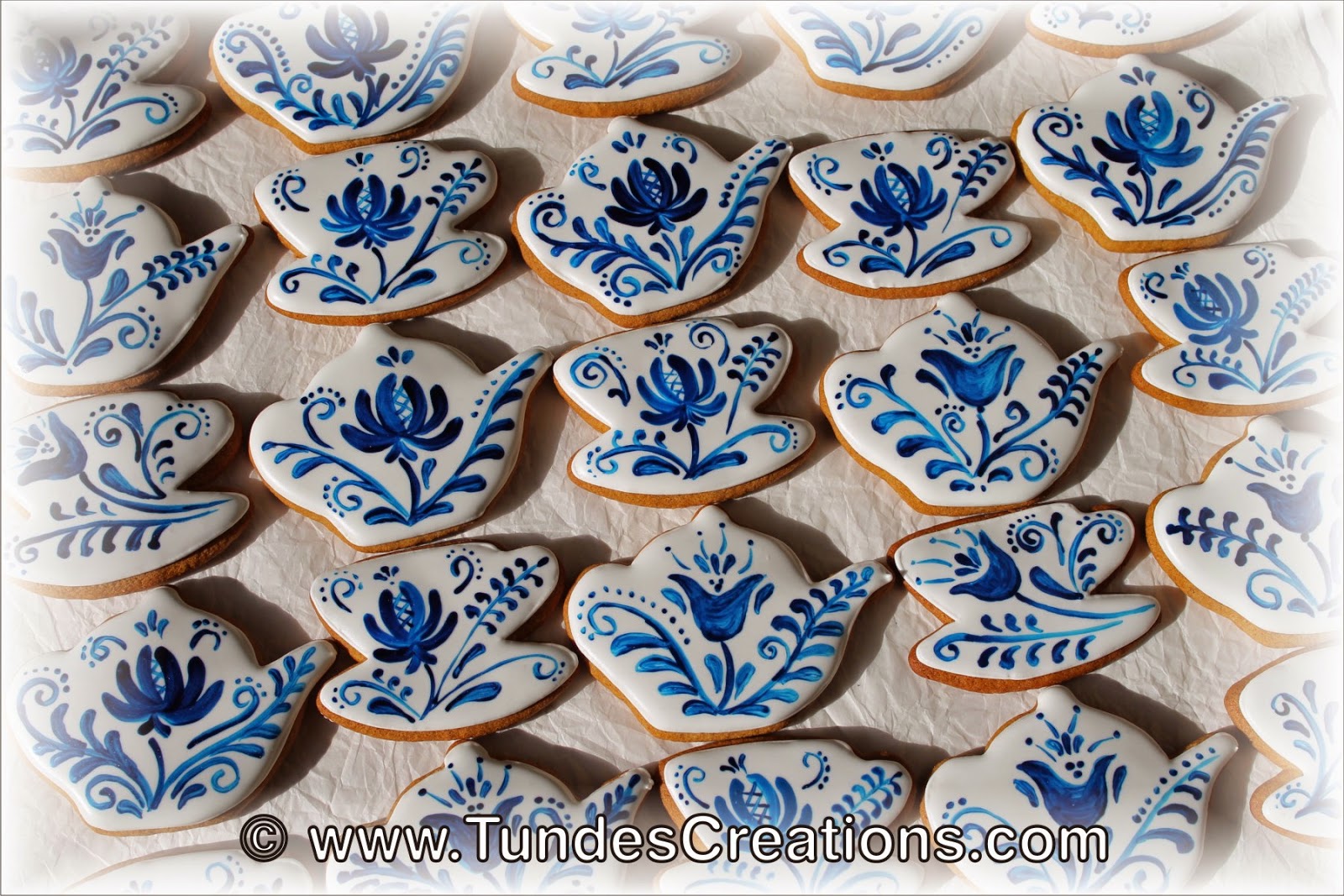 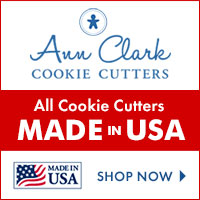 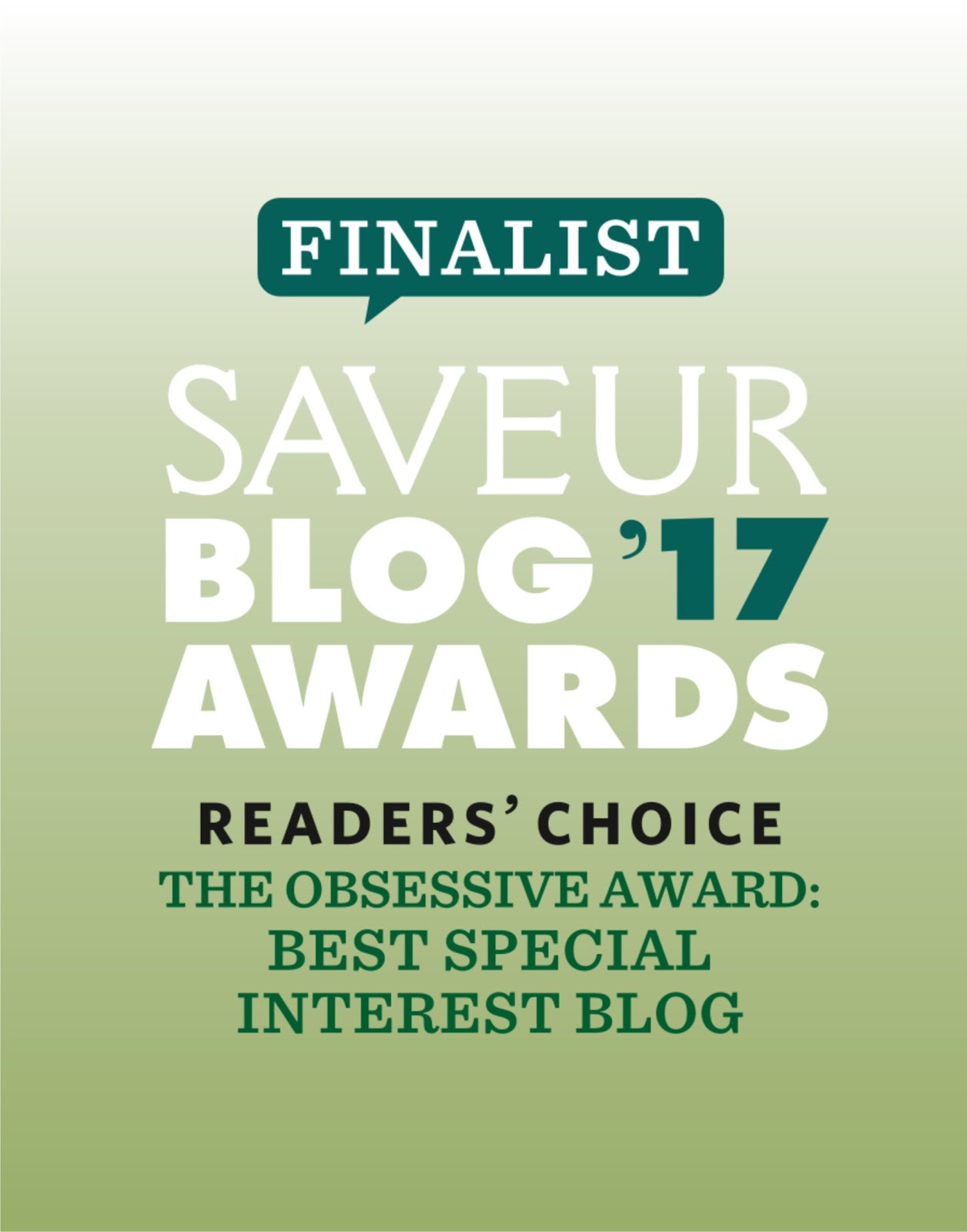 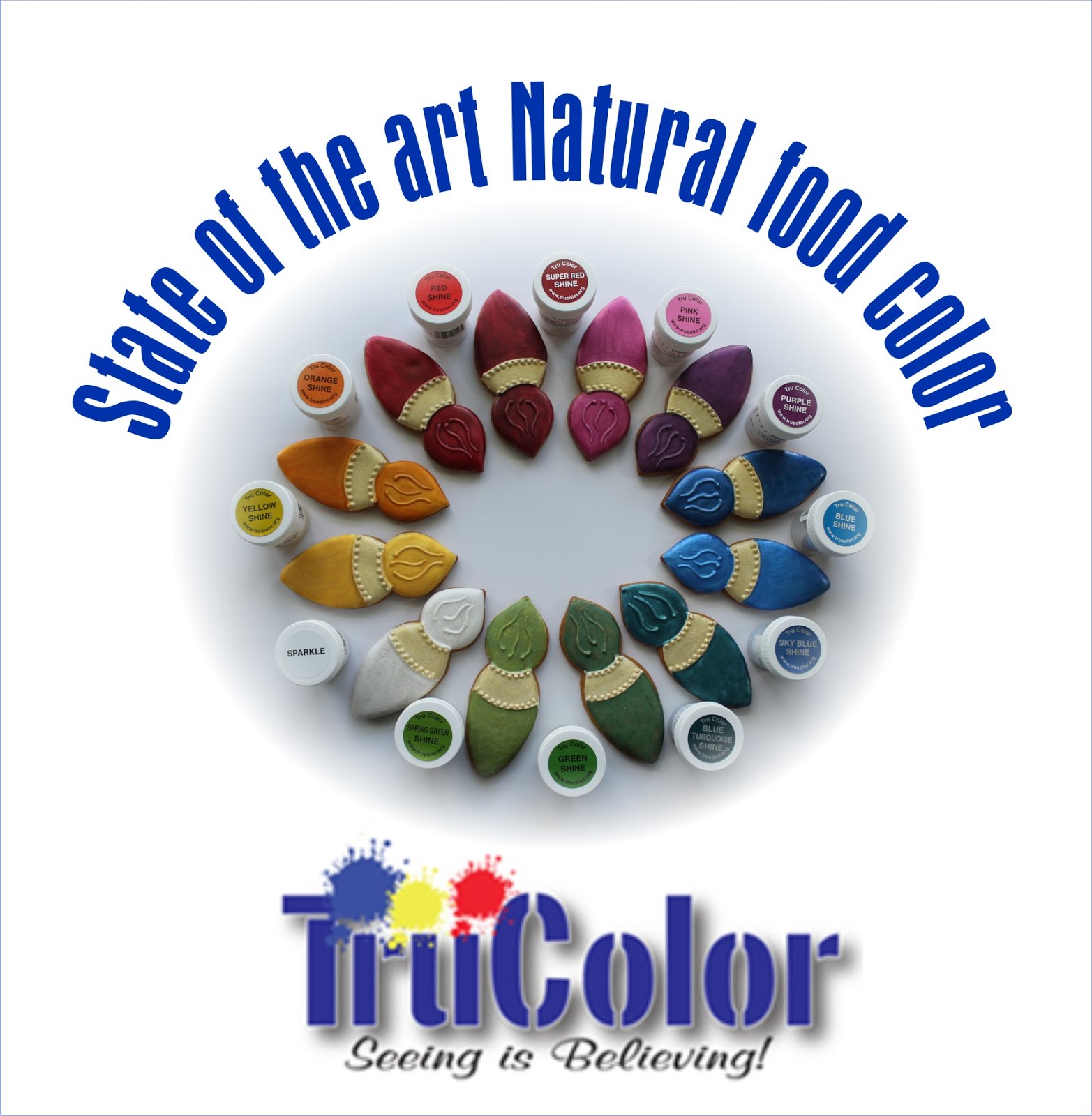